The microwave received a long awaited makeover from designer Jake Rich. Approximately the size of a large plate, the Mediumwave is a round, portable microwave. However, Rich wasn’t simply trading a rectangle shape for a pod design. Instead of buttons showcasing a variety of features, the Mediumwave works more like a stove top with just two dials to adjust the time and power level. 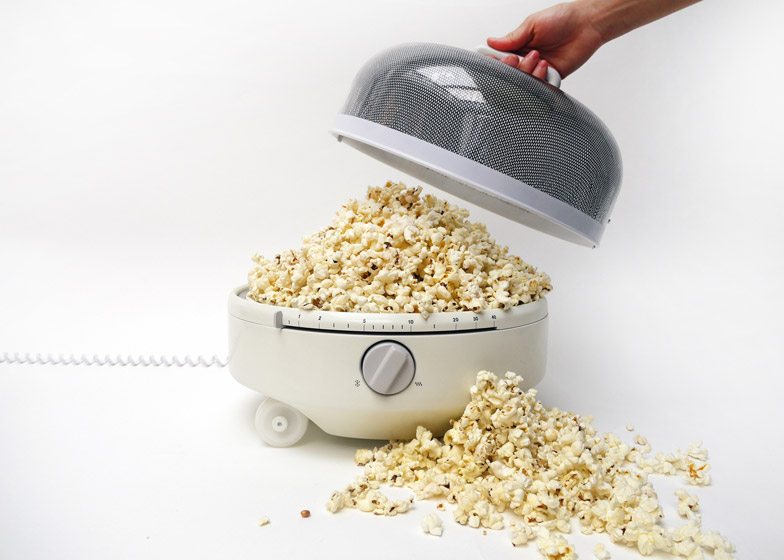 The Mediumwave automatically stops cooking once the top is lifted so users can occasionally stir their food, then return to heating once the lid is replaced. The removable lid also makes cleaning easier, which will undoubtedly prevent build up and smell. The amount of light emitted by the Mediumwave depends on the power setting. This feature helps users interpret the cooking level, just like observing the fire underneath a stove’s burner.

Rich graduated from London’s Kingston University and introduced Mediumwave last week at the New Designers 2014 graduate exhibition. In an interview with Deezen Rich shared, “When the technology was invented and the next step was to make an affordable domestic appliance, the easiest and most efficient way to do this was to encase it in a metal box. I wanted to challenge this archetype and design a microwave that is intuitive and responsive.” 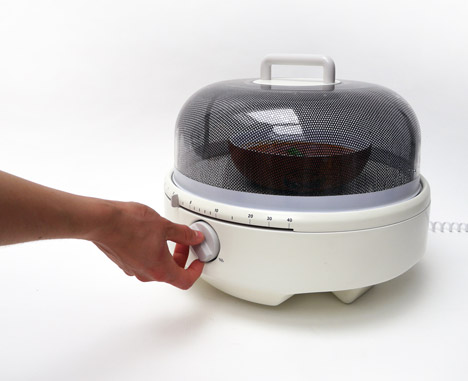 The Mediumwave is ideal for studio apartments or people looking to conserve kitchen space. The wheels allow the appliance to relocate easily and the basic features appeal to any age. Rich intends to mass produce the Mediumwave, but would you be interested in purchasing it?